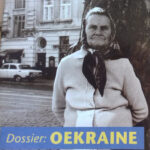 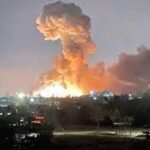 If you simply believe what meets the eye, history will repeat itself.
If you realise that all is illusion, you are in the process of waking up.
If you manifest a new word without war, then you are awake!
Good Morning! Cup of Coffee?

See through the looking glass and pick your choice!

Nancy Polet
Nancy has been studying the esoteric and frontier sciences for over 40 years. Since 1994 she has been visiting the crop circles with Roeland Beljon, both in the UK and in the Netherlands. Nancy wrote for Frontier Magazine, Vamzz, Spiegelbeeld, Paravisie and Bloom. She interviewed many remarkable people from the frontier sciences. In 2007 she was initiated in Kriya Yoga by a student of a student of Paramahansa Yogananda.
Nancy has had several mystical experiences, but since her spiritual crisis or Kundalini-awakening in 2021 her senses are extremely sharp so she can not ignore the games that are being played.
In the fall of 2010 Nancy and Roeland founded Sky High Creations. Nancy was also an environmental legal advisor for over 22 years and still does legal work. Because of her background in law, she is analytical, critical and thorough.

Registration
If you like to attend this on-line lecture, send us an e-mail at info@skyhighcreations.nl entitled “Votes”. Transfer € 15,– pp to NL78 ABNA 0467074526 to R.J. Beljon. After payment we send you the link to the zoom meeting in due time. You can log on from 10 minutes before the talk starts. If you don’t have zoom installed just yet, this link will automatically install it for you. If you have never used zoom before, install it well before the talk and log on early. If you run into trouble call us at +31 (0) 6 54752559.

Payment from outside The Netherlands
To receive payment from abroad, we use paypal. Send an e-mail to info@skyhighcreations.nl and we will send you a Paypal invoice.

Newsletter
If you want to receive our Dutch newsletter, please subscribe here: nieuwsbrief.