Nancy Polet (LLM) has been researching the spiritual and esoterical for more than 30 years, while working in environmental law for over 2 decades. Together with her partner Roeland Beljon she has been part of the Dutch Centre for Crop Circle Studies since 1995. Together they have been over to Wiltshire for the crop circles every year since 1994.

In 2010 Nancy and Roeland founded Sky High Creations. In that same year Nancy had a powerful mystical experience in The White Spring in Glastonbury which led her to studying magic and in particular the work of magician, occultist and writer Dion Fortune. She lectured and wrote several articles about her experiences and extensive research which were published in various spiritual magazines.

The life and spiritual magic of Dion Fortune by Nancy Polet 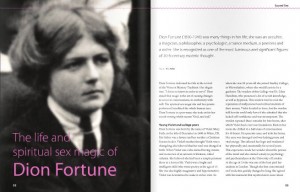 Since 2014 she organizes the yearly “Night of Crop Circling” in Alton Barnes. Right in the middle of crop circle country as well as the crop circle season. In 2018, she lectured herself. Watch the video here. 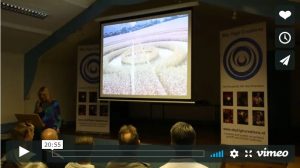 In 2016 Nancy again experienced a mystical and powerfull encouter, this time with the Egyptian Goddess Sekhmet, while visiting the British Museum in London. Since then, after extensive research she wrote and lectured about this event and how it affected her life, for example at the 2017 Glastonbury Symposium. 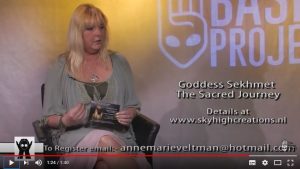